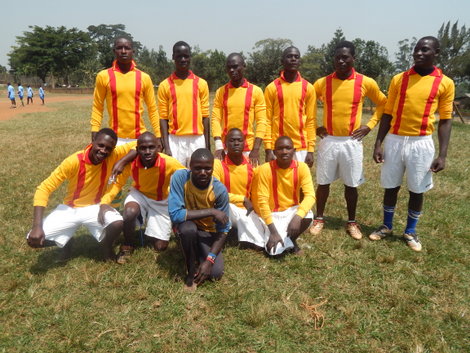 It was on Monday 12th Jan 2015 when the inter Schools football competition started under the organization of our director Rev Fr John Mary with the help of other workers like brothers, aunties and uncles. It was so interesting that all the four teams i.e. Majorine College, Kira primary school, Namaliga football club, and a combination of Bombo technical school and kamuli technical school played to our expectation. All the teams were very organized and well equipped. The early kick off took place around 1:15 and it was between Namaliga foot ball club and Technical foot ball club .The officiator of the match was father Dennis from Kamuli who did a perfect job. By the end of first half, it was 2-0 in favor of Namaliga foot ball club .The players relaxed for about 5 minutes and then returned for second half which ended in favor of Namaliga football club. 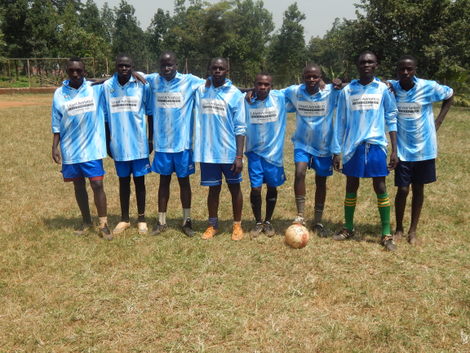 There followed a second match between majorine and Kira primary. This time round the officiator was Brother Gabriel who too did a fantastic job .The boys played as music was being played. At the end of 90 minutes Majorine emerged the winner by hammering kira primary 4-3 goals. Conclusively, it was a wonderful day and thanks to whoever sacrifices towards our well being. May the good lord bless the works of your hands.