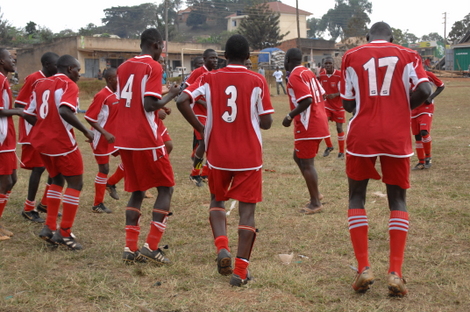 It was on Sunday 8th, September 2013 when Don Bosco FC played with Busibante FC at Kira Play ground..The kick off time for the game was at 2:40 pm, evening,  when these was a sudden burst of heavy rain   before the game however  it did not prevent  the referee from  starting  the much.After early exchanges that saw Kayiwa Richard and Julius failing to  capitalize  the many chances they had, including the latter’s  brilliant header from close range that implored a champion class save from Busibante FC goal keeper. The first half control of the game was  with Don Bosco FC. 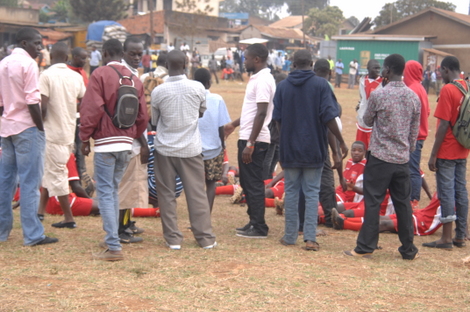 In the second half  Don Bosco FC started the game better,  making inroads upfront but with time grew out of the game immediately at the stoppage of rain in the 55th minute hour. Surprisingly Busibante FC player upset the goal keeper Silver Mutebi in the 18 yard box and snatched a point in the fifth minute of stoppage time.

However Don Bosco FC stays in control of  group B with six points from three matches as they wait for the last two matches  as we now wait  for the last  two matches in the group stages.  Captain Nuwagaba Micheal told the spectators : Don Bosco  FC  defended well, played with the right  an attacking game   but it was not their day to take the lead in the opening minutes. When the game was about to end, stoppage time was declased it was in the 5th minute of stoppage time tha Busibante Fc player snatched the ball and drove it past our keeper Silver Mutebi. The final score was 1-0. Yes Don Bosco FC lost and see you this Saturday 14th September 2013 at 4: 30pm Don Bosco FC vs Kito FCat Kira play ground