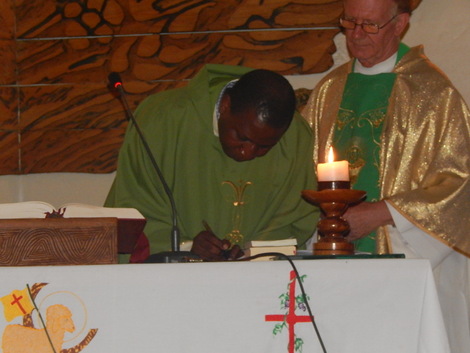 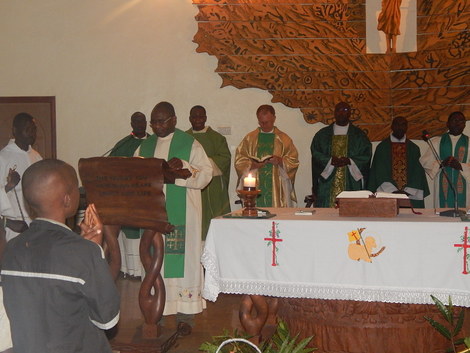 He will lead his flock towards a green pasture, then the flock will follow his voice and obey to him. Thirdly, Father Jean Marie Mushibwe is to be a Director. He has been empowered to direct with authority and implement justice and order within the sectors of our community. After Massv around 8 PM, a solemn supper was offered to the whole CALM community, which did not delay to manifest the joy of having a new, a friend, and wonderful Rector through the clap and jolly speeches.The new team of the CALM is now composed by Fr Jean Marie Mushibwe (Rector), Fr. Jean Bosco Ntirenganya (Vicar), Fr. Elie Nyandwi (Animator), Br. Hubert Twagirayezu (Economer) and Br. Robert Dias (Counselor).