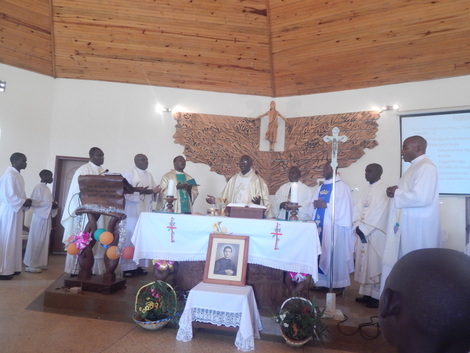 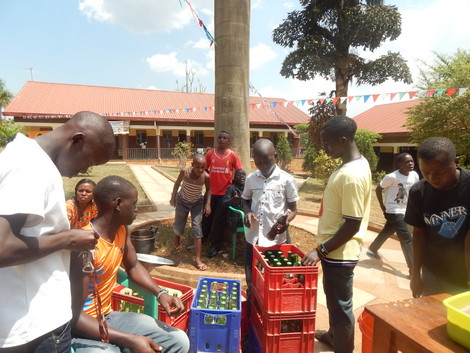 A feast without food is not a feast and therefore, sumptuous meals with sodas and water were served at exactly 1:00PM. Everyone ate to his or her satisfaction. Since Don Bosco always encouraged his boys to participate in games and sports so as to exploit their talents, a football between the old boys (obs) and the present boys at the centre was played at around 3:00 pm. The match ended in a draw with five to five goals. This was followed a second match that was played between the born again boys from community church and the boys from Don Bosco CALM community which also ended in a draw of four to four goals.The day concluded with evening prayers where all the boys received gifts and this made the day a memorable one.

Special thanks to Rev Fr Jean Marie- the Rector of the place, to Salesians of Don Bosco, staff members CALM, Rev Fr Kakuba, guests and our neighboring Christians for having turned up in large numbers as we celebrated the Feast of our dear Father, Founder, Friend and Teacher of the youth.The presence of the Visitors and youth made the day a memorable one in the annuals of Don Bosco CALM.