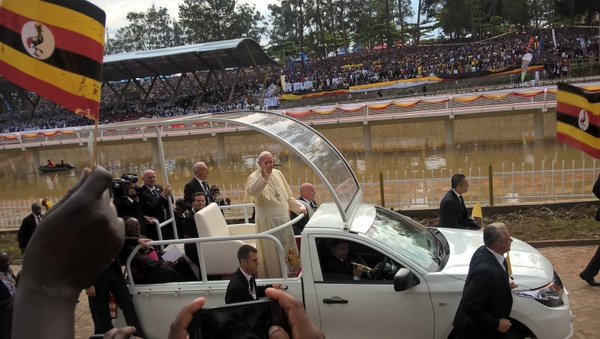 The Pope visited Uganda for three reasons. His visit was a pilgrimage, a pastoral obligation and a state visit. Pope Francis has been in Uganda to mark the 50th anniversary of the canonization of the Uganda Martyrs by Pope Paul VI in 1964. The 22 Catholic converts were executed by Kabaka  Mwanga after refusing to denounce their faith. Pope Paul VI canonized the Uganda Martyrs in St. Peter’s Basilica on October 18,1964. He later made a pilgrimage to  Nmugongo and so did Pope John Paul II later in February 1993.