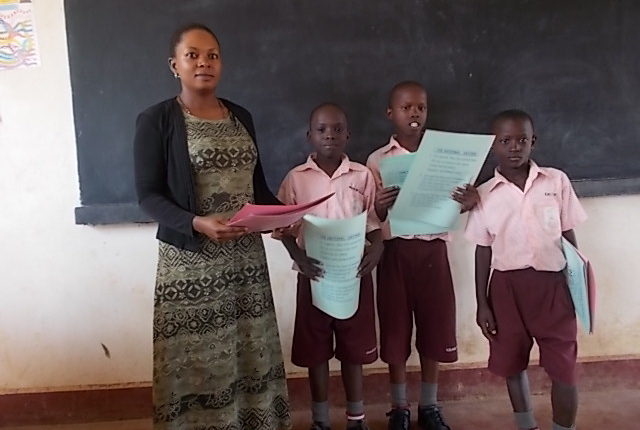 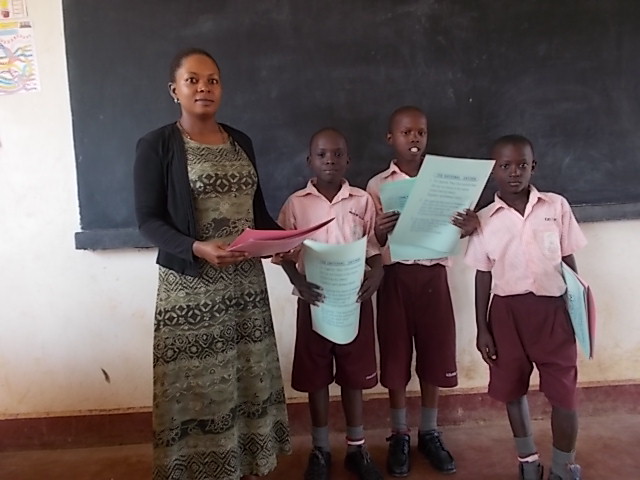 The 30th/08/2016 was an amazing day at Don Bosco primary school as the pupils arrived at the eagerly awaited date; the day of receiving the results of their efforts invented in studies, as they came to the end of second term.However, even though, there was jumping, laughter, shaking of hands and all other signs one can use to express his joy, some expressions of sadness were witnessed, as the pupils were worried of missing their beloved teachers for quite a long time that is till the 26th/09/2016 (beginning of third term).

Some pupils (non-members of Don Bosco CALM) almost shed tears as they were not only going to miss their caring teachers, but also their fellows pupils belonging to the CALM community (who make up the biggest number of the school) and above all they had approached time of tackling a long period of missing the Salesians working at CALM-“The Don Boscos” among them.

Even though Don Bosco primary school opened up at the beginning of this year 2016, the performance of the pupils is promising; and this is resulting from the presence of the experienced and caring teaching staff, the good collaboration between the Salesians working at Namugongo with the teaching staff as well as the parents, the loving kindness toward each other in the community at large, and above all the fear of God that can be seen not only among the pupils, but also amidst those responsible for their formation and education.

Don Bosco primary school has 57 pupils and these range from P.1 to P.4. Yiga Maria Mackline and Katumba Enock emerged the best performers in P.1 and they were really proud of the Salesians and Mrs. Owomugisha Angel, their class teacher. Mulega Felix also praised Mrs. Namugerwa Cissy his class teacher for having catered for them throughout the term as he managed to understand to respond correctly to the majority of the questions asked in the examinations, to the extent of becoming the best student of P.2 for this term. Jjumba Edrine said that it was because of the maximum attention from his class teacher Mr. Oyuki Ronald; and the unlimited care that he received from Don Bosco CALM; which enabled him to have the highest mark beyond that of the other pupils in P.3. Birungi Calvin became the best pupil of P.4, and he too, sent his unlimited gratitude to all who have helped him in one way or  another( materially, academically, spiritually) mostly his class teacher Mr. Wetaka Fred.

From the next academic year, a good number of the pupils is expected to join the school as many parents and guardians have already began to request for the places.

May the God Lord maintain and strengthen more the good relations that exit among all the people that are involved in the advancement of the school.