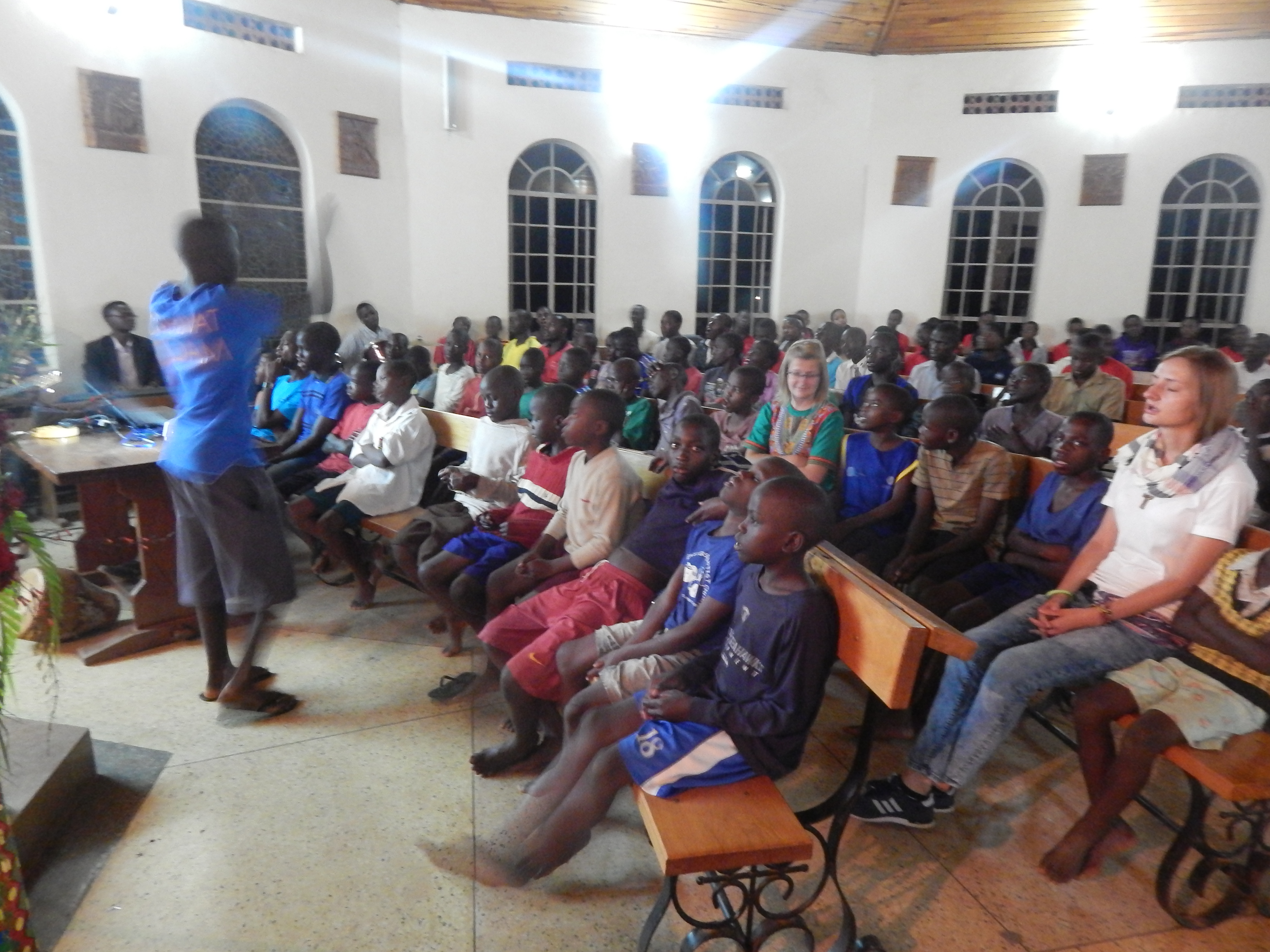 The home that evangelizes

We thank the almighty God for having given us the saints in the church whose day was celebrated yesterday .As the community of Namugongo the day was so colorful as you can hear, the whole day was dedicated to prayers and all sorts of celebrations to make the day remarkable and honored. The Director had informed and called upon the Christian community of Namugongo to join in for the mass and indeed they responded to his call positively and the chapel was full that even some Christians sat outside, this showed how we love our patron saints

.During the homily father said “for one to be a saint he or she must die because it is through death that one becomes a holy man or woman but basing on our way of living on earth.”He advised the young boys and girls to begin already living their holy lives just as St. Kizito Laura vicuna and Dominic savio did during their time .He said that he sees some future saints among his Christians most especially among the boys of CALM just as Don Bosco did with Dominic Savio .This mass was sang by a very beautiful choir from CALM. To convenience the presence of the Christians, the mass was celebrated at 7:00 pm after all the Christians had come back from their different places of work, because they had said that they couldn’t miss the mass of their patron saints .As well during the same mass there was blessing of the primary seven (p.7) candidates who have begun their national Exams this morning.