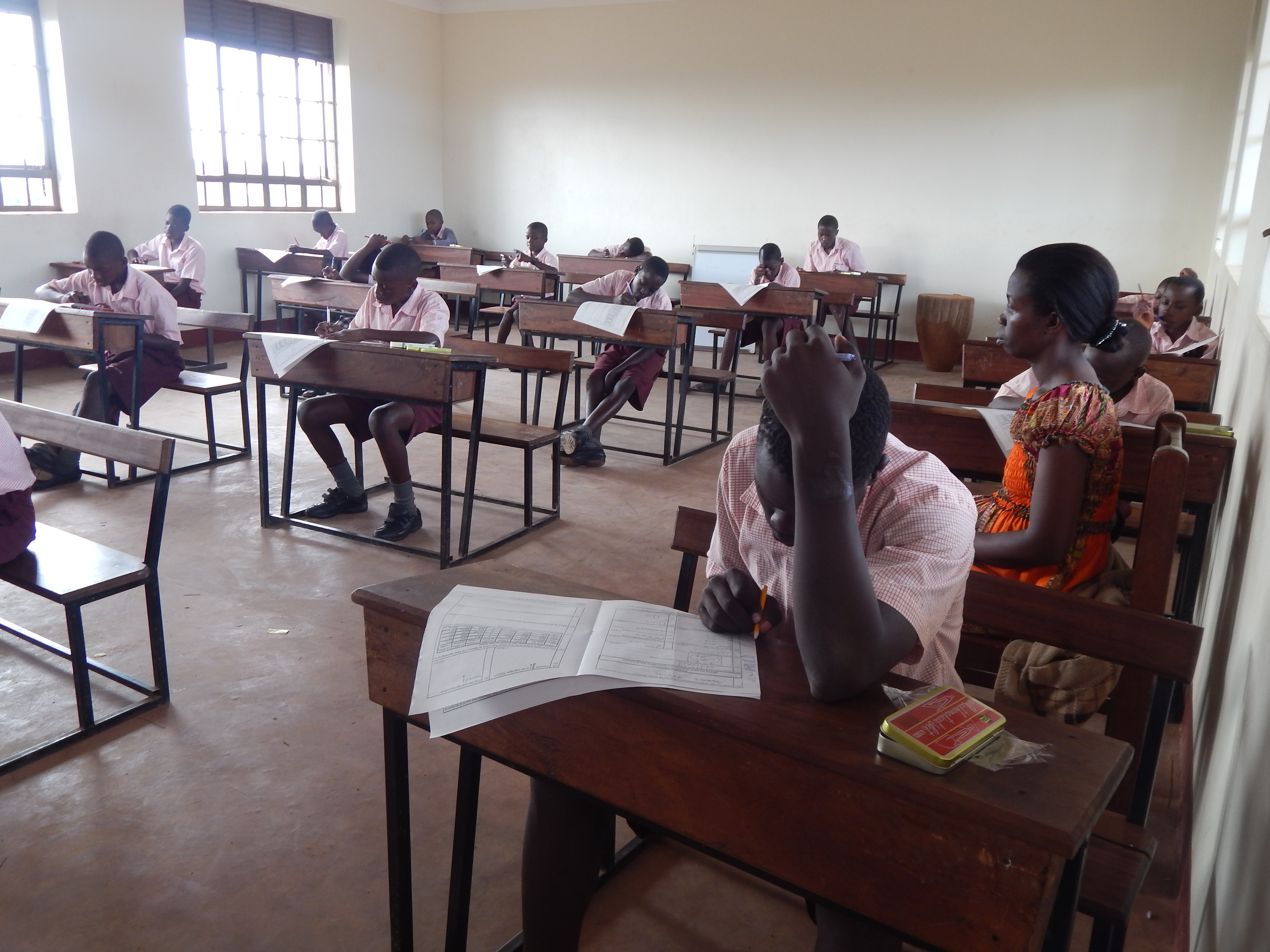 Don  Bosco Primary school started already their end of academic  year examination .These are the exams which will determine whether the child is to be promoted to next class or retained but with God’s grace we hope that all the pupils of Don Bosco primary school will all succeed in their exams and be promoted to the next class.

Interviewing KIWENDO Henry a pupil of primary one (p.1), told me that his target this time round is to be the best in his class because he is fade up of being won by girls, this boy is really determined in his education which encourages us and even the teacher to help him to build up his future .This morning, having a simple dialogue with Mr.Ochom Sebastian the head teacher of Don Bosco primary on his personal view on the general performance of the pupils of Don Bosco primary school, he said that the performance is up to date and the  teachers  do their best  when they enter in  classes to teach. Ochom added that they expect  greater number of pupils in the next academic year than this year however, he raised up an issue which might make the number of the pupils to still remain down, that is that the school has no van or bus and yet the parents are security conscientious of their children on their way to school and back home that is Mr. Ochom’s worry  for the next academic year.