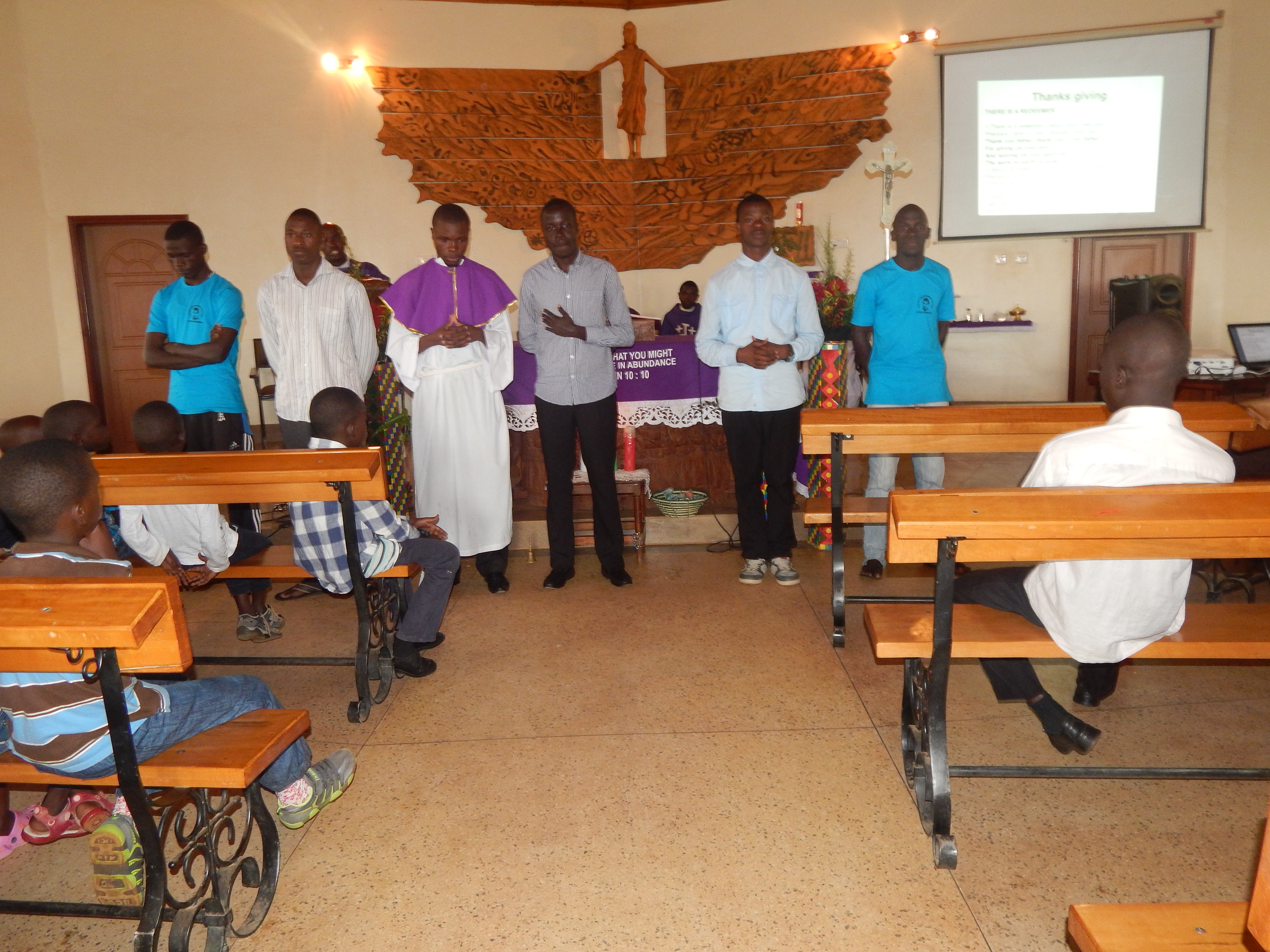 Bye bye to the Christians during the mass yesterday

Five Boys from Don CALM come to accomplish their moments of staying as children of CALM and become the old boys of Don Bosco CALM. Their sincere gratitude go to the benefactors who have helped them for over 15 years while here at CALM ,the Salesian community that has rendered to them services and dearly care of the boys known as Kasule Daniel said that he witnessed the arrival of the first Salesian in the community of Namugongo and all the constructions the building of the structures at CALM.

This left him very happy saying he is the pioneer of his group .Kasule said in his speech that despite of the fact that he is a total orphan , the Salesians made him live as if someone who had all the parents and even more than some children who have all their parents living .He also urged the rest of the boys who are still under the mission to copy from him some of his behaviors so that they can also long in CALM just as he did .They also thanked the Christian family around for the support be it praying for them or by material support and they asked the Christians to continue praying for them since they are going to begin new life in their different societies despite of their poverty they asked for the continuing support and funding for them to live a happy life outside Don Bosco CALM .This afternoon the majority of these five boys left for their different places of residence as they saying never  shall they forget Don Bosco CALM .Let us join hands together to pray for these to live a happy life outside Don Bosco CALM