BREAKS ON THE FOUNDATION 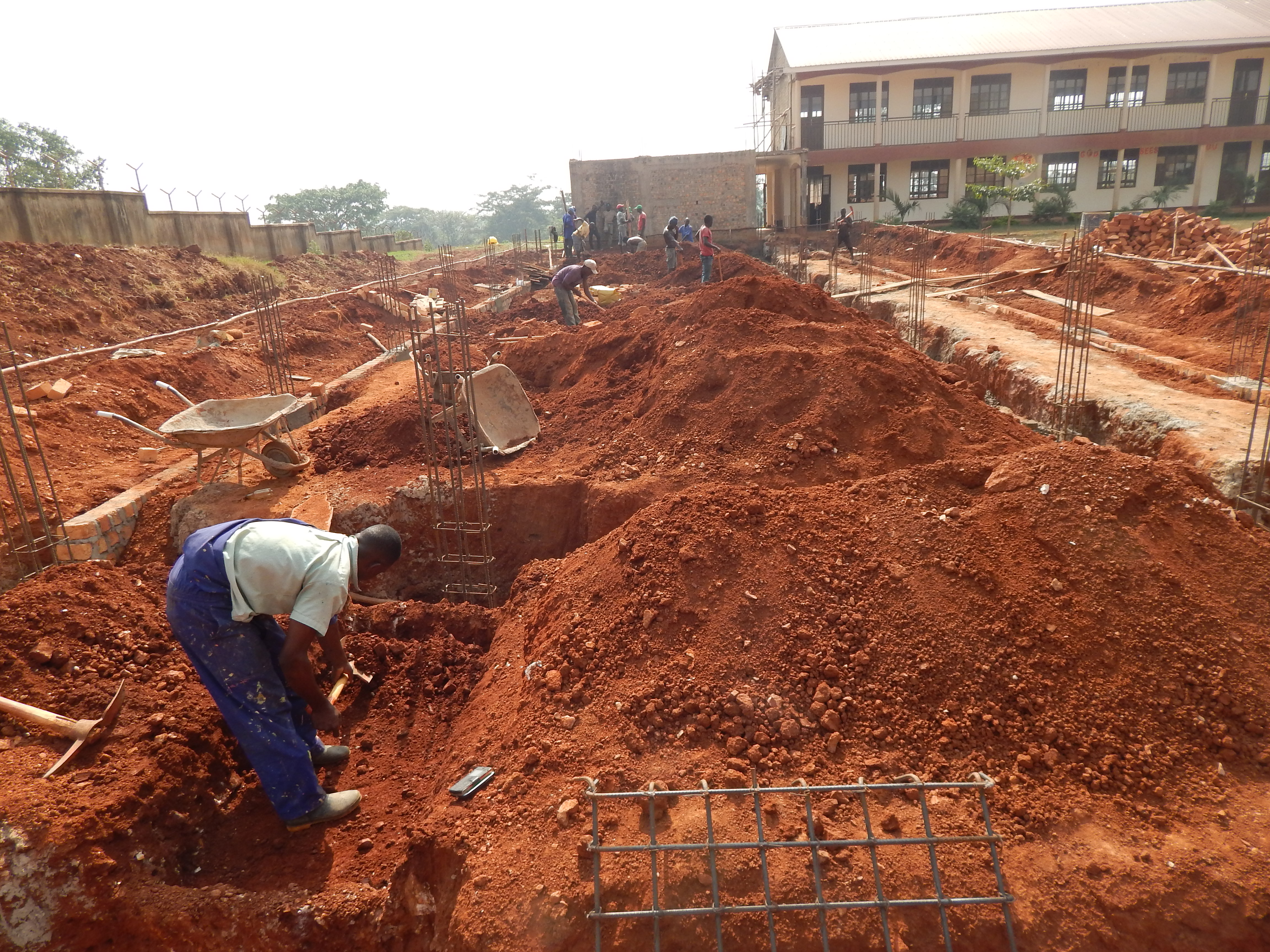 First breaks laid on the foundation

Yesterday the constructions with breaks began, they began with the wires then poured the slab and then the break constructions began yesterday. Today they are leveling the grounds and digging the other foundations for the office provisions .Asking KYOBE Reagan and ISANGA Richard who are among the men constructing as well as the old boys of Don Bosco calm on how they are finding the work, they said that the work is running on smoothly by the grace of God and the help of the people are accompanying them in prayers .

They added by  promising that by the end of this month of January, the first flow of the classrooms and offices  will be already somewhere and they continue asking for the prayers and  your support  to see that their work moves on well without delay ,they also thanked the Salesian community for the support and the encouragement and even for their presence during the moments when  they are at work, that is to say the supervision .