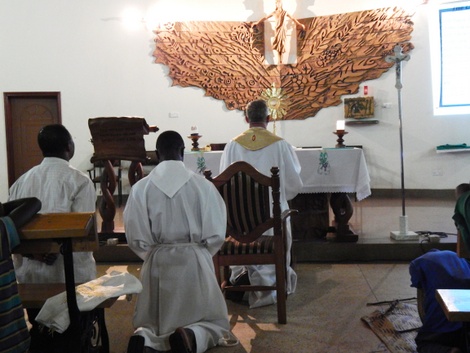 Very recently, the world was on the brink of war because the belligerent attitude of World Powers to destroy a puny nation – Syria. In a very casual way, one of the Ugandan Dailies mentioned in passing Pope Francis’ concern of the threatening situation, and the Pope asking that Saturday 7th September 2013 be devoted to prayer and fasting. This went almost unnoticed

It was our Rector Major – Fr. Pascual Chavez – who in his letter of 3rd September alerted us Salesians and the Salesian family, the urgency of the message of Our Holy Father-Pope Francis. 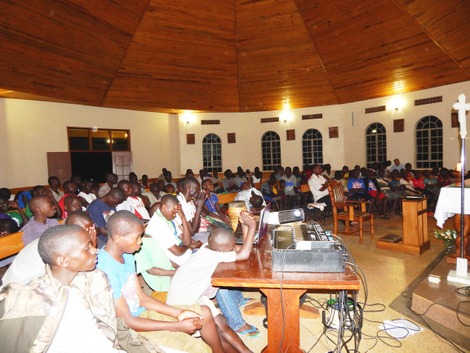 The Salesian Community of Don Bosco-CALM-Namugongo- took to heart the pressing appeal of Our Holy Father. Salesians, volunteers and all the 155 boys gathered in our Chapel for Adoration of the Blessed Sacrament. It was heartening to see that even the very small boys, mere kids, responding to the appeal of Pope Francis. Spontaneous prayers for Peace-some of them very touching, were offered by the boys for about an hour, pleading with God our Father to avert the danger of a world war conflagration.

God never deserts His People. He is by our side. Let us walk with Him in Prayer at all times because we know He will never desert us His Children. 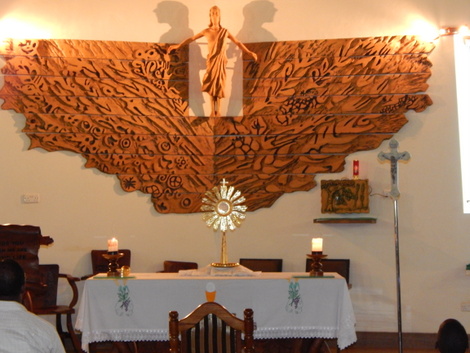