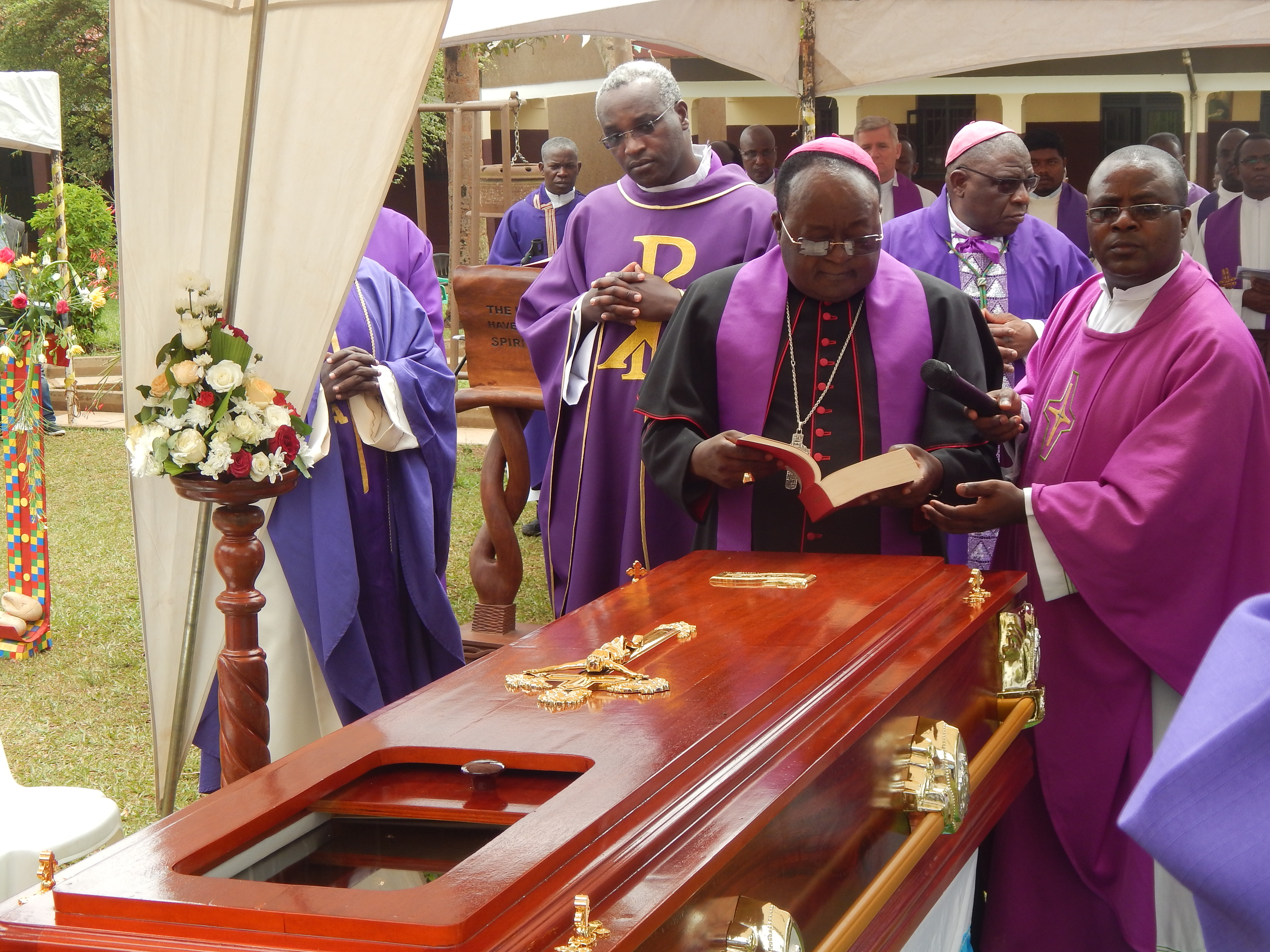 The bishop in his homily, he encouraged the mourners by saying that” he is convinced that our dear Br. Robert is not dead but has just only transformed his state of living from mortal to immortal therefore we should not over mourn rather pray for him as he prays for us too, to the father the bishop said that it is through death that one reaches God whom we seek and for one to live a holy life, he must die and he who believes in God will never see death but eternal life he added on and said soon or later we shall all undergo what Br.Robert has undergone”.