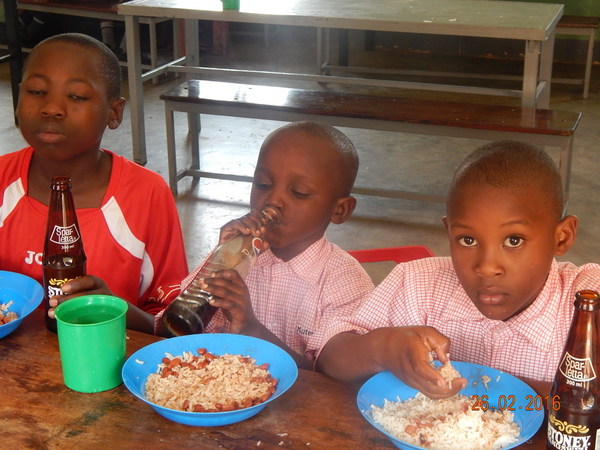 A warm welcome was given to me with a very nice meal. After the meal, my grandmother who had accompanied me had to go back although this gave me a great blow in my heart because knowing her as my mother she was the only person I was free with in my life.

I cried for to stay with me but she only promised to pay me regular visits so that I remain calm. Time went by and I waited for her coming but she never even paid me a single visit all the time I spent to my Aunt’s place. Life was sweet like the first wine offered to the bride during wedding ceremony although it was missing the taste of my grandmother. I made new friends and I got a quite number of them. I became used to the place but the more I got used to it the harder things became on my side. Work at home increased, rules became tough every now and then, restrictions were made here and there, missing school became normal behind the knowledge of my aunt, hard labor I had no option to it, I became hungry of food at the village and at home, beating was extended to me as the way of straightening my path of life, she would beat me until she is tired. Fear increased in me and I tried to work hard, as a house boy, for pleasing my aunt. However this was like forcing a goat to take water. On the other side, I also developed the spirit of revolt, and became somehow stubborn. After failing to win her favor in all what I was doing, I surrendered totally to her subjugating character.  Since hope is the last thing we have to lose in life I waited with patience hopping that one day this Calvary situation may end.  But this was a pure myth. I also had hopes that my grandmother whom I knew as my real mother would come and disclose everything to her and take me back to her home, but all this simply remained big imaginations and big dreams…. (to be continued)

Celebration of the Palm Sunday at CALM