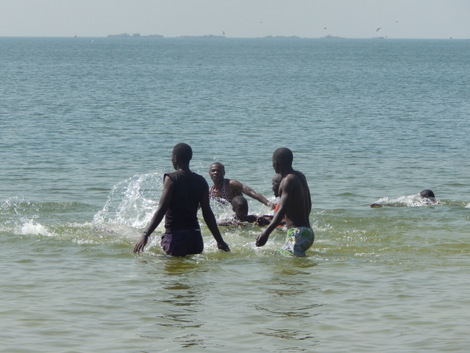 As it has always been the custom here at Don Bosco CALM Namugongo, boys normally have picnics. It was again on Thursday when the long awaited day reached that is the picnic day. The preparation for this day started as earl as the day before the event, where by the eats and drinks had to be prepared in advance. Three Costa buses and a taxi were also booked earl y enough to help in transporting the boys. On the actual day, we woke up at 6:00 am and prepared our selves for morning prayers .Shortly after the morning prayers, the buses arrived and we set off. We reached the beach around 10:00 am and the boys immediately dived into the water and started swimming happily. After few minutes, we were called for break first where by each one of us had a glass of juice and bread with blue band. 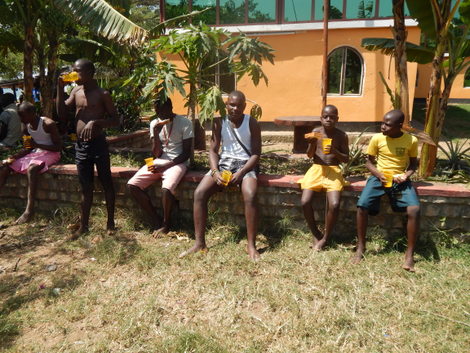 We were later joined by Father Dan and his group who also a hand in the support of this wonderful day .We had lunch at around 2:00pm; a variety was served that is to say rice, Irish potatoes, meat, cabbages and sodas. The food was enough for all us up to the extent that boys failed to finish all the food in the dishes. All I can say is that it was a heavy meal.More still, some of the activities at the beach included playing beach soccer, beach volley, and swimming, rolling in the sand, running and dancing which made the day so busy and colorful. We left the beach at around 5:10pm and all the boys were happy of whom included Gibbon Zakaria, Kirabo John Bosco, and others.