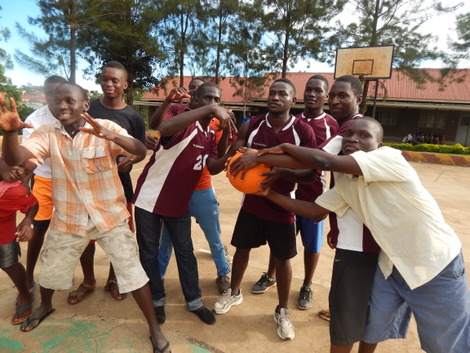 The players were all fast and furiously filled with determination to take it. The Senior 3 never wanted to let go as they had done in the first game. Now the players were seen attacking and defending. The big men held their balls securely.

The Senior 3 team led the First Quarter but then the VTC made a comeback in all the remaining quarters and led them. Three seconds, two seconds, and one second; the final whistle was now blown and the thrilling game was won by the VTC team. The Senior 3 had again lost for the second time. However, this never seemed to be the end of life for man’s greatest glory is never in not falling but rising up every time he falls. At the end of the time, the Senior 3 that had made it in all the two disciplines never won any. The Senior 6 and VTC made it in Volleyball and Basketball respectively. The day ended with recognition of all the participants but most especially the outstanding teams and personalities who had to receive their presents. Special thanks go Fr. Jean Marie who sponsored the competition, the entire Salesian community of Don Bosco CALM, the amperes with the Sports committee inclusiv