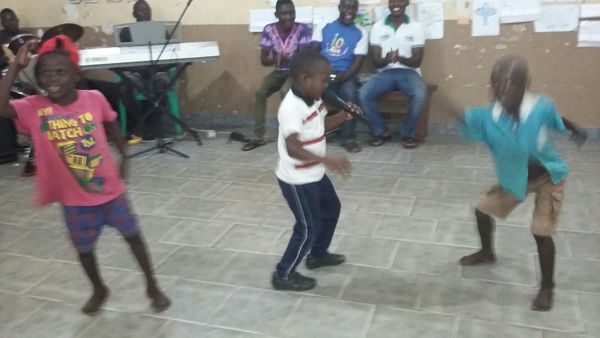 Everyone at Don Bosco Namugongo CALM right from the youngest to the oldest has got talent, on this Wednesday the 25th, it was a day of manifesting the talents received from God, it was on the same day of talent show that the boys through the brass band, jazz band, music, dance, drama and mimes welcomed Fr. Jean Marie, the Rector of Don Bosco Namugongo  CALM, who had spent almost three weeks in Europe; first of all in Italy for the bicentenary celebrations of the birth of Don Bosco and in Poland to meet our benefactors and talking to them about our lovely community. At 5:00 pm on arriving at the gate, father was welcomed by the brass band, then the ceremonies continued near the community house from where some sweets were distributed to the boys and happy birthday songs were sung since it was also his birthday. At 6:30 pm it was the time for talent show and at that moment the boys danced, sung and played comedy. We also received a dance from Fr. Jean Marie who showed us how happy he was. At around 9:00 pm the ceremony was concluded in the community house as the staff of Don Bosco Namugongo CALM comprised of the Salesians, volunteers and social workers were celebrating the birthday of Fr. Jean Marie who was not able to celebrate it the same day because of his journey. In all the speeches, we thanked God for the return of our Rector and from himself we heard about his journey to Europe. 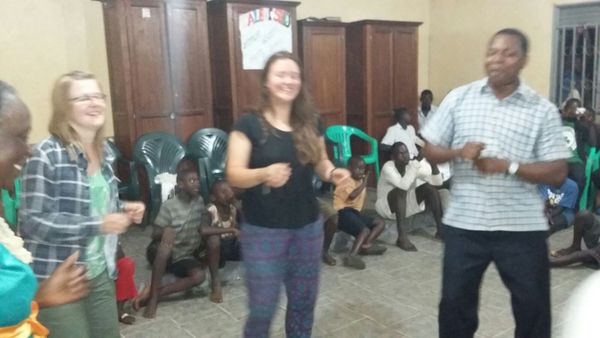 He shared with us his new motto “The impossible is not salesian”. The life there and he transmitted to us the greetings from many Polish Salesians and volunteers who have ever been at Don Bosco CALM. Our thanks go to the boys who manifested their talents without fear and from all the people who made the day colorful.

let us enjoy our sweet Patatoes from our Garden

Thank you Aunt Ola Namata we shall miss you