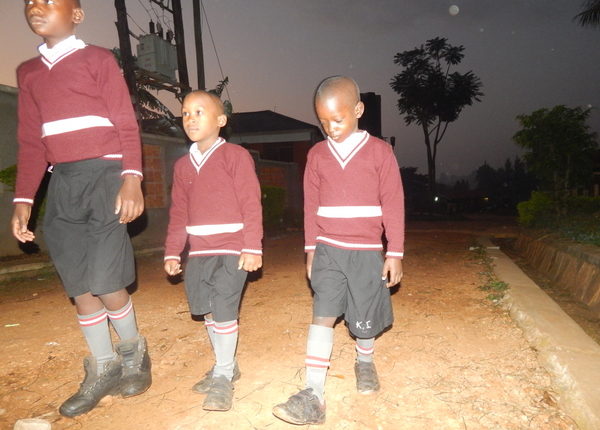 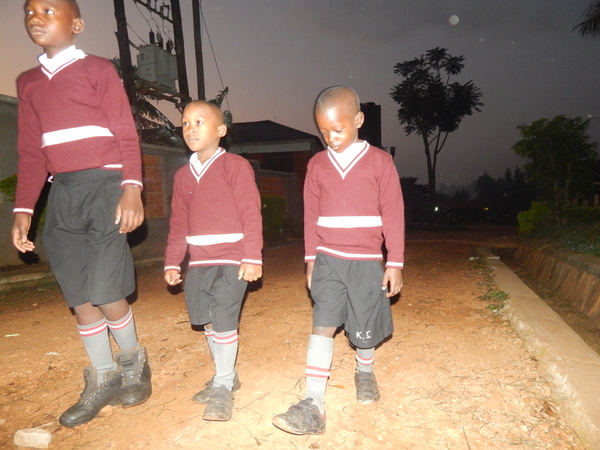 Kakuru Derick and Kato Ivan are twin  and orphan with only the father by names ofNyombi Fred. they were brought at Don Bosco Namugongo Center on 28th/ Jan/2015. They are orphan and they  lost their mother in an accident on her way from Mbarara to Ntooma village. She died when Ivan and his twin brother were just one and a half years old. They remained with the father but at that tender age he was unable to care of them. Consequently, together with his twin and they were taken to the convent of sisters in the names of Good Samaritan sisters Muro Hoima Diocese where they stayed for two and a half years. These sisters take care of children only up to the age of five and for this reason Ivan and his twin brother were brought at Don Bosco CALM by Sister Imelda where they are currently staying with other vulnerable boys. Ivan Derick go to Rise and Shine primary school and they are in primary one class. They joined that school at the beginning of this year 2015 and the information from the former school shows that he has never repeated. Ivan and Derick’s performance currently is very good and they are a promising boy. May God continue to protect them.