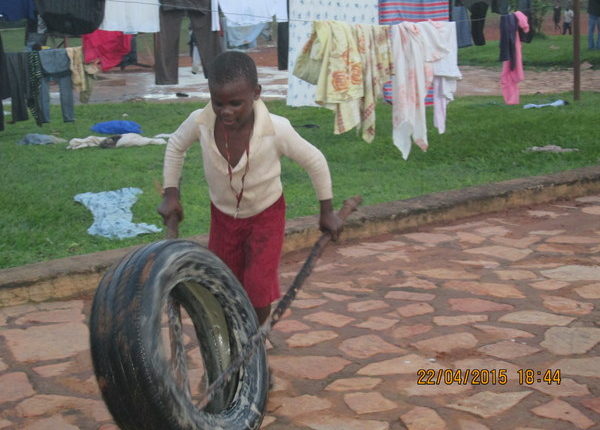 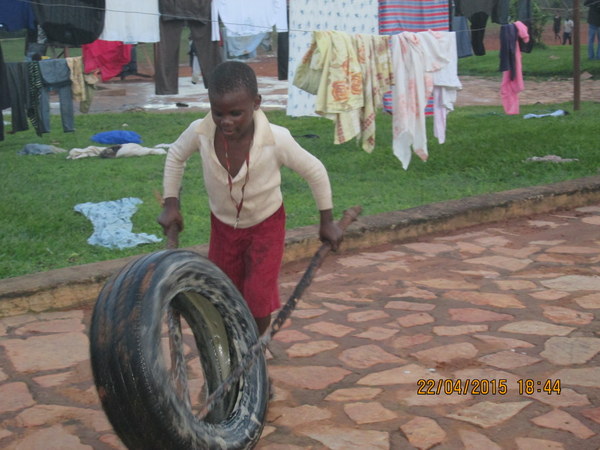 Lutaaya Jibwas born in 2008 in Najera village in Wakiso District. Jib is healthy looking boy who likes doing physical exercises unlike when he had just been brought at the Centre as his uncle had tortured him up to the extent of burning him and he was in a bad state. Jib lost his mother and he has only the father who abandoned them and married another woman. The father is HIV positive. Jib is a single orphan who lost his mother as a result of being HIV+. He was staying with his father together with his brother Lutaya Jamil. The father is also HIV+ and he is so poor that he cannot afford to educate his children and taking care of them and consequently decided to give his sons to their paternal uncle in the names of Sula who later tortured them to the extent of burning Jib’s hands. It was from this background that the officer in charge of child and family protection by the names of Nadunga detained the uncle and father since he had earlier also subjected these sons of his to torture accompanied with beating and the boys were brought at Don Bosco CALM center by police for care and they are both living there with other vulnerable children.Jib goes to Rise and Shine primary school and he is in primary one class. 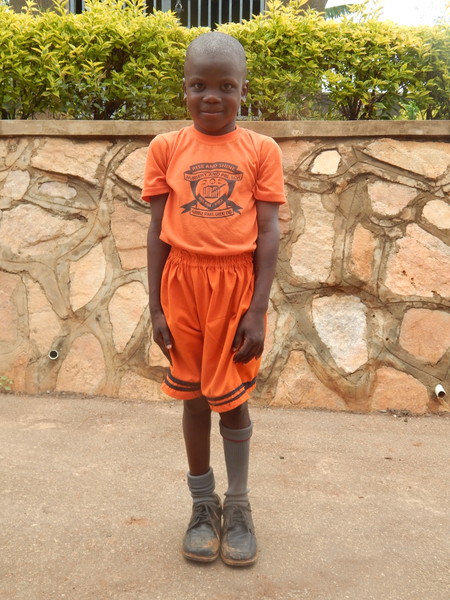 He joined that school at the beginning of this year and the information from the former school shows that he has never repeated. Jib’s performance currently is very good and he is a promising boy.