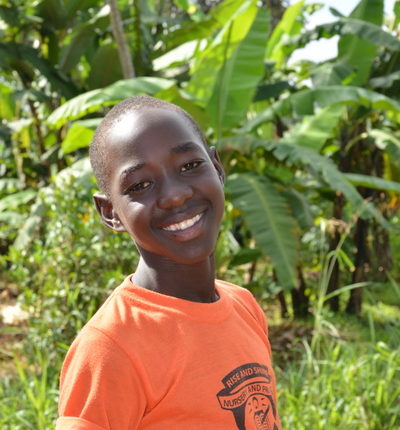 Thomas’ father died in 2010 and left five children of whom three were boys. Consequently, the uncles sent a way Thomas’ mother and she went to her own parents who also sent her a way with a reason that she had three sons and they would disturb in the future asking for land. Thomas was sent to the paternal uncles where he was seriously mistreated by making him to sleep with the goats with no food and clothing. The sisters of missionaries of charity came across this boy and traced his mother who was also in a miserable state. They gave her work in the school kitchen so that she could be able to raise house rent for the children. The sisters in conjunction with police brought the boy to Don Bosco CALM and he was received. He is living there happily with other vulnerable boys.