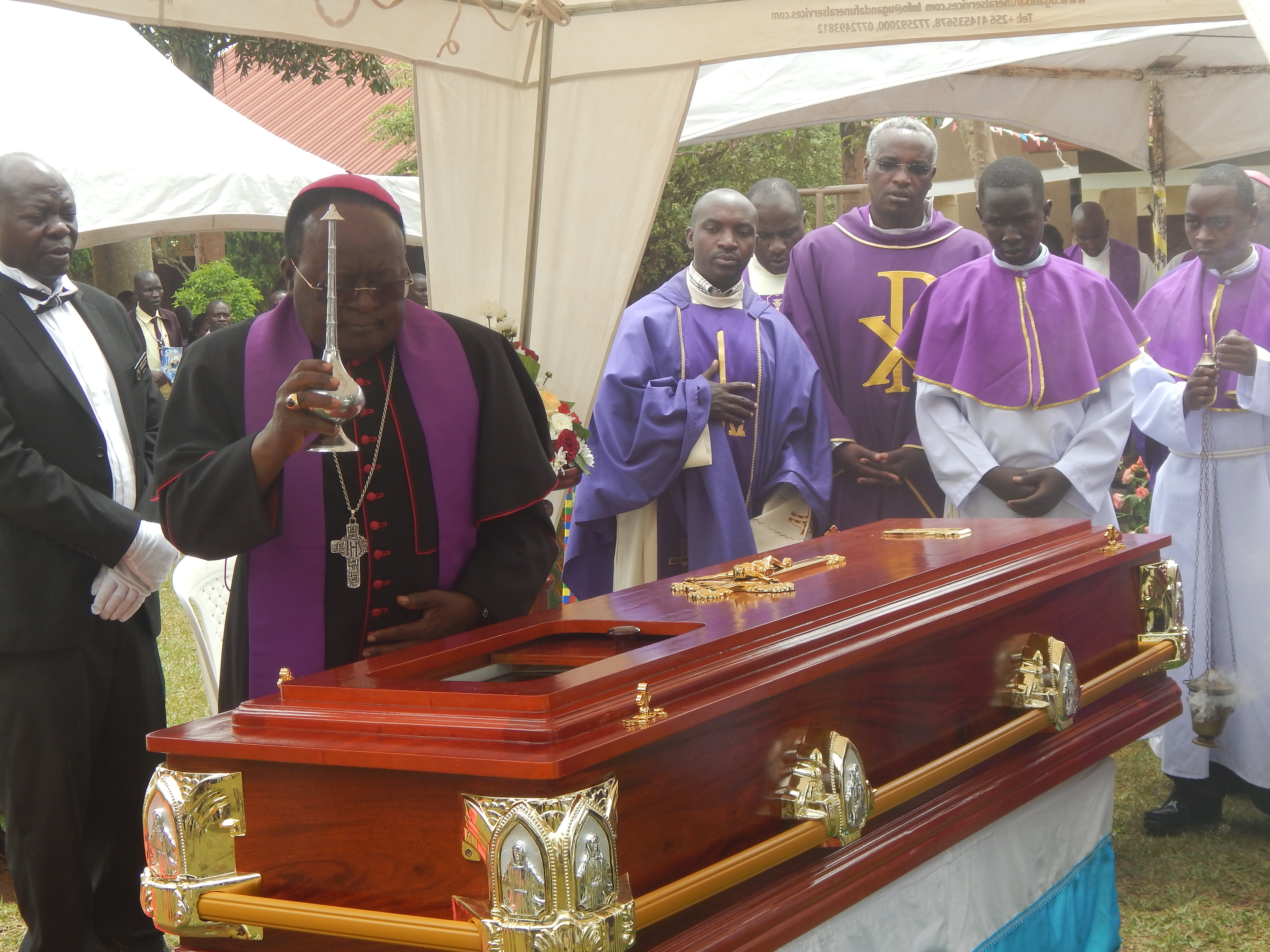 The Archbishop Lwanga presided over the burial rites after bishop Paul had presided over the Eucharistic ceremony. Before paying the last homage to the late he said he is very happy with Salesians in his Diocese of Kampala, he proved to the gathering that he came to know Salesians when was still the vicar general of bishop Emmunal Wamala the current cardinal and he was the one who was sent to give Salesians the place of residence which was Ggaba, he also appreciated the work the Salesians are doing in the world at large. Turning back to the late, the Archbishop said he had never seen such a courageous man like the late brother Robert, a man who is God loving, so prayerful and dedicated to mission as a Salesian. He said that brother has left a very big gap in the congregation and the Kampala Diocese as well. The Archbishop was so curious to know who the lord has prepared to replace the footsteps of Brother Robert but God knows.

The bishop of kasana luwero said in his speech that Br. Robert was very courageous to the extent that he could even give corrections to the bishops despite of him being a brother he couldn’t see mistakes and he keeps quiet never!  He loved so much making researches more so on the church affairs .He added by saying that if this world or the congregation had ten people of brother’s caliber we would be perfect he also thanked the Salesian congregation and communities found in Uganda and more so those who have ever worked with him in his Diocese of Kasana Luwero