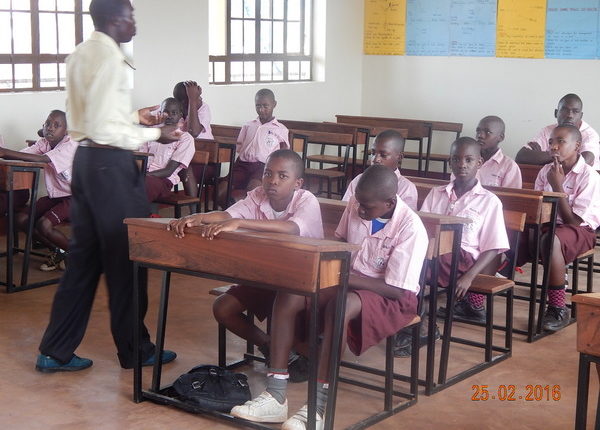 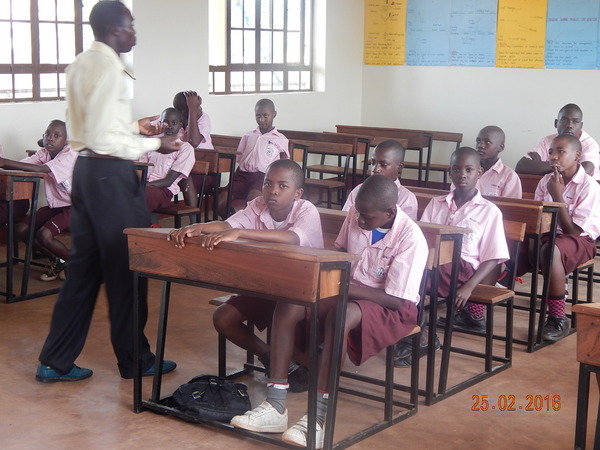 Addressing the pupils as they enter to begin their pre-examination tests.

Don Bosco primary school began their pre- examination tests yesterday at around 9:00 am right from primary one to primary five .Interviewing some of the pupils after the exams about how the papers had been some who had revised for exams said that the papers were easy and others who did not revised said that the exams were hectic however basing on the past result show that our pupils can stand firm to out compete others pupils who in schools which are old in the country like Namiriango ,Budo and so on praise to our teachers who are really doing their best to that academic standard of the school is up to date .

Addressing the assembly the headmaster advised the pupils to be serious when writing their exams he added by saying that even the time given is also part of the exams therefore the pupils should use their time maximally not to waste any minute given. The former Director of the primary school Rev.Fr jean Marie Mushibwe addressing the assembly said “the academic year is like an aero plane taking flight of which at the beginning the pilot tells the passengers to tighten their belt this he compared it with first term then second is like when the plane is on air and people are free to move and greet others then third term he compared it to when the plane is landing where the pilot again tells the passengers to tighten their belt to avoid accident therefore he advised the pupils to read hard and pass their exams to avoid class repetitions”