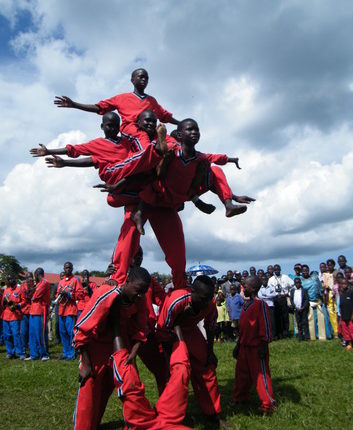 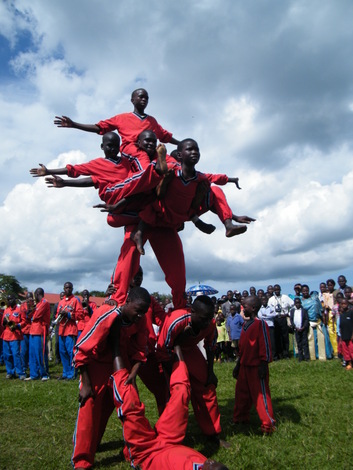 It is possible to build a human pyramid of four levels high? Or to make a moving bicycle from five people? Or to juggle 3 caps while standing on friend’s shoulders? Yes, it is possible but probably only in our Home. Boys practice the acrobatics when they feel like doing it, especially on holidays. They practice somersaults, lifting and many different stunts. However, the most beautiful thing is that they usually laugh when something doesn’t come off. They expect a lot from themselves. Some of boys exercise every day to keep fit. They sometimes prepare acrobatic performances. They usually wear blue and red outfits and trainers then. The boys captivate the audience by their ingenious idea. It is not easy for everyone, though. Some of the boys need to practice a lot to enter the performance group. Many of them do care about it because after the performance, some refreshments are usually served. Some of the boys had learnt to perform stunts before coming to CALM. The ones who lived on the streets earned a living in this way. They struggled with many difficult problems, it was not only their talent but also hunger which determined them to perform the stunts. Here, in CALM, they can still perform acrobatics. However, it is no longer hunger that encourages them to do it, but the happiness of being together and having fun.

Daniel and Bruce working in Gadern