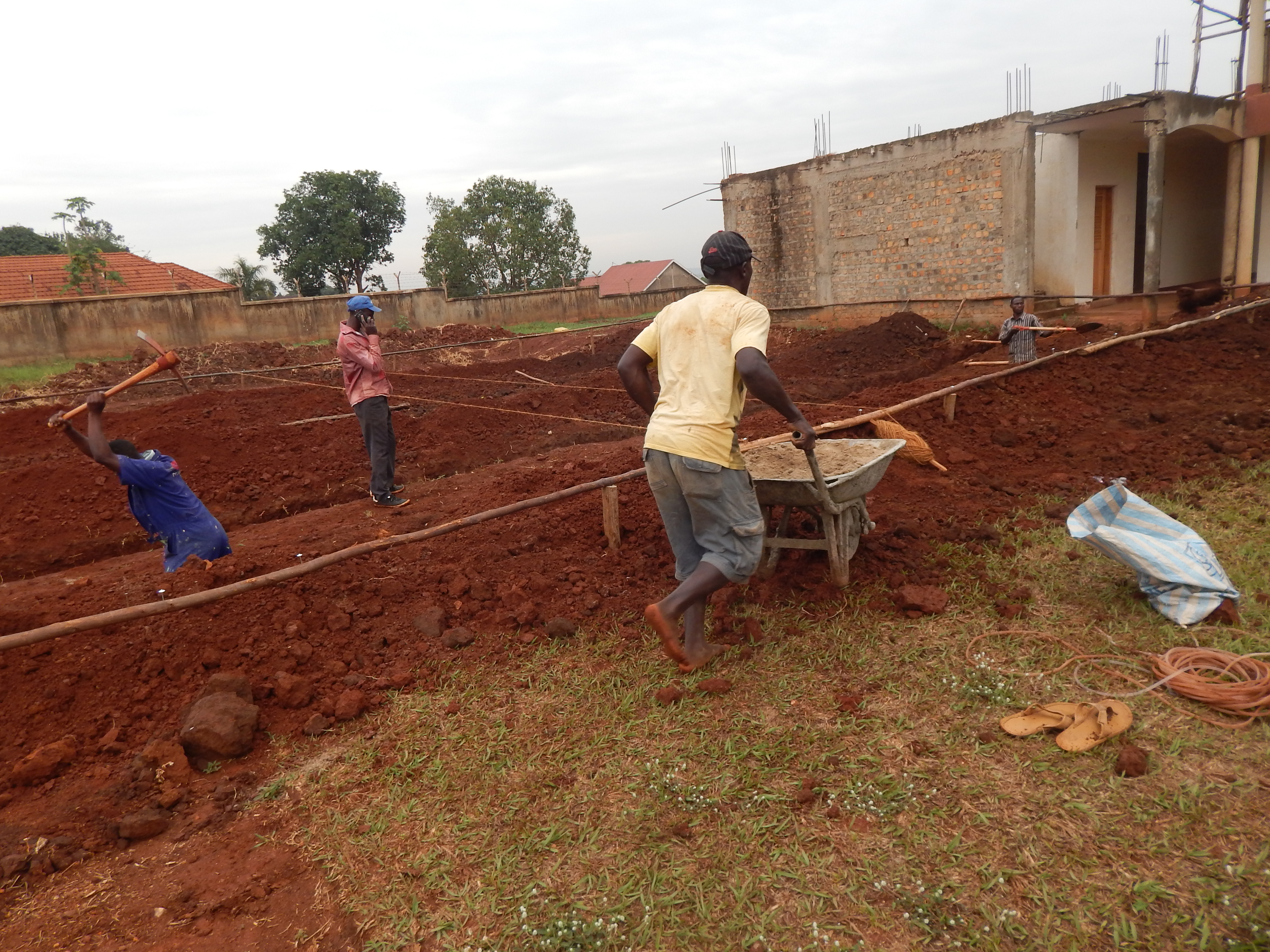 The Salesian community of Namugongo extends its sincere new year  wishes to all of you who read these articles .We thank the almighty God who has kept us through out the past year and has lead us to the beginning of this new year 2017.As the community of Namugongo ,we would like to put to your notice that  the extension of the new classrooms blocks  at Don Bosco primary school Kira Mulawa is already in progress .

The process began as early as 22th December 2016 when the engineer and his team began delivering the constructional materials so now as I talk the foundation is being dug to see that the walls are raised up with the immediate effect .We would like to thank and encourage those who are supporting this project to continue with the same spirit and in a special way we thank every one who is participating in this project. We have greater hope that this will lead to the increment of the pupils’ population come the next academic year 2017.talking to the engineer he said that the construction mighty take short period of time and his target is that he wants that the beginning of the term finds when some of the new classes are ready to be used.